Of Another World at Alchemy Festival, Southbank Centre 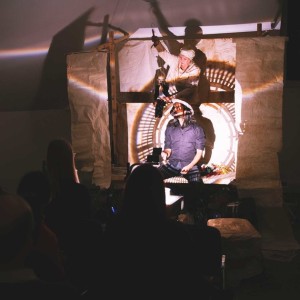 Really proud to be bringing Of Another World to the exciting Alchemy Festival at London’s Southbank Centre in May 2015.

A stark tale of what life is like for a newly arrived immigrant.

Jo stands expectantly underneath railway arches. He clutches a letter of promise from his long-time friend. The longer he waits, the less he is able to step out on his own.

Jo is trapped. The world ahead is too new. The trains above are escaping too fast. We witness his
gradual loss of self in this alien environment.

This exciting collaboration between award-winning poet and playwright Avaes Mohammad and theatre makers Waxbaby Productions pairs a live actor with a carved marionette, and employs shadow puppetry and projection, to tell the stark tale of what life is like for a newly arrived immigrant. An emotional depiction of the desire to belong and the notion that perhaps some people just aren’t meant for some places.