An American soldier. A British Muslim mujahid. Two men on opposite sides of a war…

Locked in a room together, amidst an assembly of watchers, they’re forced to face their actions as all that was once black and white turns increasingly grey.

Fields of Grey is a bold and powerful new play that combines hard-hitting text with multimedia to create a unique immersive experience.

‘Fields of Grey is a stunning example of what can be achieved by combining innovative presentation with excellent storytelling and acting.’

‘…in a world where bad things happen, and they do, they always happen to me…’

Young, vulnerable and in care Toyah tries to protect herself with her spitfire tongue, but her world is rapidly crumbling; Ally is “the golden girl” but behind the perfect façade lies a mess of lies, confusion, sex and loss; Jay meanwhile has runaway from home and finally finding the care he craves in the arms of a stranger – but what price will he have to pay?

A bold new collaboration between the creative and social care sectors Crystal Kisses mixed drama, movement and music to explore the subject with sensitivity, empathy and insight.

‘Crystal Kisses is effortlessly powerful in its treatment of a most troubling subject matter.’  Amardeep Sohi 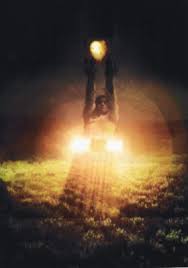 A fearless examination of prejudice and friendship between rival communities in 21st Century Britain. The piece is a dense and engaging theatrical exploration of the friendship between Ruby, an English girl, and her friend Asra who lives in the part of town where refugees are housed,  on the edge of her community.

The two girls have forged a strong friendship through school which is threatened when angry residents organise a demonstration in the refugee’s area, calling for their deportation back to their countries of origin. Ruby’s father is the leader of the demonstration and is faced down by Asra’s father, a well-educated man who finds himself in the position of representing the views of those in his areas. The play follows the journeys of these characters in the throes of this conflict, looks at how the friendship between Ruby and Asra is tested and explores the attitudes of both communities towards each other.

Co-produced by Fuse Theatre  and Loci Productions the piece toured to theatre venues and schools nationally.

‘Writer Avaes Mohammad never lets his script stray into the maudlin or the superficial. Instead the play grabs you by the throat and drags you along with it…’

A BBC/Contact Theatre produced short film, about a wrongfully imprisoned man who, upon leaving prison, walks to the home of the individual who conspired against him, to tell him he forgives him. 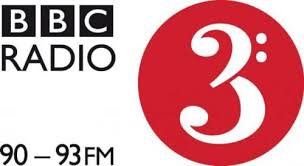 Bora Bistrah was an international intercultural project by BBC Radio 3 to commemorate the 60th Anniversary of Partition and the creation and independence of India and Pakistan.  Avaes was one of five writers from all over the world commissioned to write about the Pakistani diaspora from specific localities: Bradford, Beijing, Nairobi, Karachi and Detroit.

Avaes’s contribution, The Student, told the story of a Muslim South Asian area in Bradford being cordoned off by the police as doors are broken down and young Muslim men dragged out and arrested on terror charges.  Local youth react to this behaviour by congregating and resisting, leading to a riot.

All the while, one local inhabitant is revising for his chemistry exam and occasionally watching from his attic window.  The laws of chemistry he iterates correlate with occurrences outside and serve to lend understanding to the community’s response.  The play culminates with The Student joining the riot himself.

‘Guardian Pick Of The Day – Radio’

This nationally touring play depicted three British Muslims in Guantanamo Bay, each representing a different ‘face’ of the religion and their interactions with one another serving as a metaphor for the voices within Islam.  As much as depicting Western Imperialism, In God We Trust also highlighted philosophical struggles within Islam that could be used to understand the origins of the contemporary ‘Muslim Terrorist’.

‘Is it too soon to begin writing plays about Guantánamo Bay?…’  Alfred Hickling, Guardian